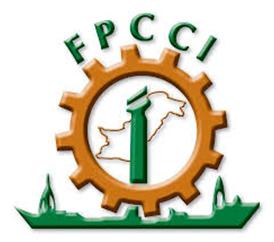 Engr. Daroo Khan Achakzai, President of the Federation of Pakistan Chambers of Commerce and Industry hailed Prime Minister Imran Khan to Bahrain on the invitation of His Majesty King Hamad bin Isa Al Khalifa, King of the Bahrain and stated that his visit will open new vistas of expanding bilateral trade and economic relations.

Pakistan and Bahrain enjoy close cordial ties based on commonalities of faith, mutual trust and understanding. The economy of Bahrain is at innovative driven stage of development with per capita income US$ 25,000 and is highly dependent on service and industrial sector. He added that Pakistan’s expatriates play a crucial role in the economic development of Bahrain.

While commenting on bilateral relations, he stated that the bilateral trade between both countries stood at US$ 145.6 million and the share of Bahrain in Pakistan’s trade is just 0.5 percent. The demand of agriculture commodities indicates an increasing trend in Bahrain which reflects huge potentials available for Pakistan to export agriculture commodities to Bahrain. In addition, Pakistan has potential to increase the exports of textile, leather, agro-based product, meat, edible fruits and vegetable, pharmaceutical, surgical, sports and others goods.

He added that both countries have signed bilateral investment treaty and need to encourage Bahraini investors to take advantage of the favorable investment environment of Pakistan in areas of high potential, including infrastructure development, energy, tourism industry, food processing and services sector. He further stated that Bahrain is an ideal gateway to GCC; and should help Pakistan in signing of FTA with GCC whereon Pakistan is working. As Bahrain is facing shortage of human resources and Pakistan has potential to fulfil its requirement in this regard for contributing to the country’s socioeconomic development and acting as a bridge between the two nations.