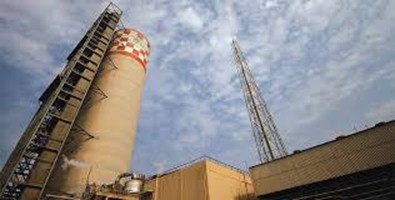 Engro Fertilizers has secured the first runner up position in nitrogenous fertilizers category at the International Fertilizers Association (IFA) Green Leaf Award 2020. With this achievement, Engro Fertilizers has become the only fertilizer company from Pakistan to be recognized on the IFA platform this year for demonstrating extraordinary leadership in safety, health and environmental (SHE) management. The Company was presented IFA accolades last year as well for its strong performance in safety, environment and energy benchmarks

On being announced the award winner, Nadir Qureshi, CEO of Engro Fertilizers, said, “Safety is our license to operate. The Company’s entire leadership and Daharki site team are personally committed to uphold safety principles in everything that we do. It is the foundation on which we have built trust with our employees, business partners and stakeholders over the last 54 years”.

The prestigious IFA Green Leaf Award is considered as the gold standard for fertilizer manufacturers around the globe. Every two years, the award recognizes outstanding performance in safety, health and environmental (SHE) in fertilizer production among the Association’s membership. The evaluation process for the award is done by a panel of independent judges involving performance records in key areas of lost-time injury, sickness rate, and yearly emissions for the previous five years.

According to the IFA team, the Engro Fertilizers Daharki site “demonstrated in an impressive manner how responsible fertilizer production should look like today and how SHE management can be integrated throughout the value chain. This effort is indeed reflected in the positive results of all key performance indicators. The judges also highlighted the good initiative of the company to be observant of process safety issues outside their own company”.

This year saw record participation of companies from all over the world for the coveted IFA Green Leaf Award. Ravenna plant in Italy and Pupuk Kalimantan Timur’s plant in Indonesia were declared the joint winners in the nitrogenous fertilizers’ category.