Standard Chartered Bank Pakistan Limited (SCBPL) announced the appointment of Saadya Riaz as Head of Consumer, Private and Business Banking (CPBB). Saadya has been associated with Standard Chartered (SC) for 17 years. Prior to this appointment, she has held a number of key management positions with the Bank and for the past five years she has led Affluent Client Segments, at a global level based out of Singapore.… Continue

In light of the emergency Monetary Policy (MPC) meeting held on April 7th, 2022, the next regular meeting of the MPC is now scheduled for May 23rd, 2022.

In line with the advance half-yearly calendar that the SBP has been announcing on a rolling basis since May 2021, the schedule for MPC meetings during the rest of calendar year 2022 is envisaged as follows:

The advance calendar of MPC meetings for the first half of calendar year 2023 will be shared at the time of the November 2022 MPC meeting.… Continue

TPL Insurance Limited, a subsidiary of TPL Corp Limited, is pleased to announce that the Company has entered into a Share Subscription Agreement and a Shareholders Agreement with Finnfund, a major development financier and impact investor, investing in responsible and profitable businesses in the developing countries.… Continue The State Bank of Pakistan released its second quarterly report of payment systems for the fiscal year 2021-22 today covering the period October – December 2021. The report presents an encouraging picture of the adoption of digital banking in the country.… Continue

As per decision of the Federal Government the State Bank of Pakistan (SBP) will observe six days working week with the following office hours during the month of Ramadan-ul-Mubarak, which shall also be followed by all banks, Development Finance Institutions and Microfinance Banks: 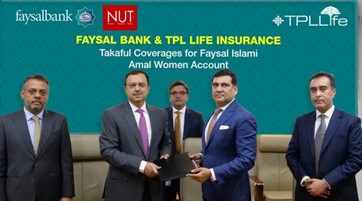 Bank Alfalah, one of Pakistan’s leading financial institutions has joined hands with Jubilee general insurance, the country’s premier insurance solution provider to form a strategic alliance that will enable a digitized pathway for customers to avail insurance through AlfaMall. With customers rapidly moving towards digital platforms, this partnership will facilitate users and their ability to avail insurance solutions in a simple manner.… Continue Mr. Irfan Iqbal Sheikh, President FPCCI, has expressed his profound disappointment and concerns over an unexpected and massive hike in the key policy rate, i.e. 250 bps by the Monetary Policy Committee (MPC) of the State Bank of Pakistan. He said that the business, industry and trade community is shocked; and, clueless at the same time on how to cope with its fallout on economic activities, viability of doing business in Pakistan and inevitable adverse impacts on exports – in the absence of any governmental support.… Continue The signing ceremony was held in the presence of the senior management from Systems Limited and 1LINK including Mr.… Continue

President of Korangi Association of Trade and Industry (KATI) Salman Aslam has expressed concern over the sudden increase in interest rate by SBP by 2.5% and setting the policy rate at 12.25%. He said that the unexpected meeting and decision of the Monetary Policy Committee would cause irreparable damage to the economy.… Continue

Foreign reserves held by the State Bank of Pakistan: US$ 11,319.2 million

During the week ended on 01-April -2022, SBP reserves decreased by US$ 728 million to US$ 11,319.2 million, largely due to debt repayment and Government payment pertaining to settlement of an arbitration award related to a mining project.… Continue

Bank Alfalah has partnered with Pakistan Freelancers Association (PAFLA) to facilitate digital payments and collections for freelancers. Under the partnership, PAFLA will acquire the ability to enable freelancers in selling services globally through an integration with Alfa Payment Gateway. This platform will facilitate a robust digital payments and collection mechanism through support from Bank Alfalah’s strong and reliable infrastructure.… Continue Meta is collaborating with the National Institute of Banking and Finance (NIBAF), a subsidiary of the State Bank of Pakistan (SBP) to train and up-skill Pakistani

women entrepreneurs in order to foster sustainability and resilience of women-led businesses in the country.… Continue

Mashreq Bank, one of the leading financial institutions in the United Arab Emirates, has appointed Alexander Raiff as its new Group Head of Technology, Transformation and Information, starting on 1st April 2022.

Alexander is a seasoned technology professional with over 30 years of experience; noteworthy is his role as Chief Information Officer in Abu Dhabi Commercial Bank from 2012 to 2020.… Continue 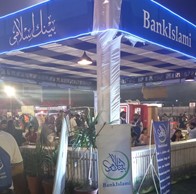 BankIslami, the country’s leading Islamic financial institution, sponsored one of the most popular festival dedicated to food and entertainment which came full circle with its final event in Lahore from 25th to 27th March. The Lahore Eat festival 2022 is a yearly attraction that showcases a variety of local, foreign and fusion cuisines for visitors.… Continue

The Islamic Banking Industry (IBI) has reached new peaks during CY21 as its assets surpassed the 5 trillion mark to reach Rs5,577 billion with the highest ever increase of Rs1,308 billion, whereas deposits reached at Rs4,211 billion with an increase of Rs822 billion.… Continue

The 73rd Annual General Meeting of National Bank was held today at Karachi and was also open for participation through online electronic means. The meeting was attended by the Chairman Mr. Zubyr Soomro and the President Mr. Arif Usmani along with other Directors and senior management of the Bank as well as a large number of the shareholders.… Continue The IPG Group Pakistan, a leading sports marketing and international events company and a renowned name in remittance initiative events is facilitating the launch of Roshan Digital Account (RDA) drive for overseas Pakistanis to promote new investment opportunities in Pakistan in collaboration with renowned banks on an international platform.… Continue

· Banking sector spread for Feb’22 stood at 4.61% – the highest in 16 months as interest rate hikes in the last quarter of the previous year began to affect loans portfolio. More interestingly, the spread on the fresh portfolio stood at 5.25% – the highest since Mar’20.… Continue